Giving Up a Child

The giving up of a child is most likely a parent’s biggest challenge.  Whether it’s through fostering/adoption, sending them to kindergarten,  their adulthood and independence, or through death, parents know the difficulty involved. 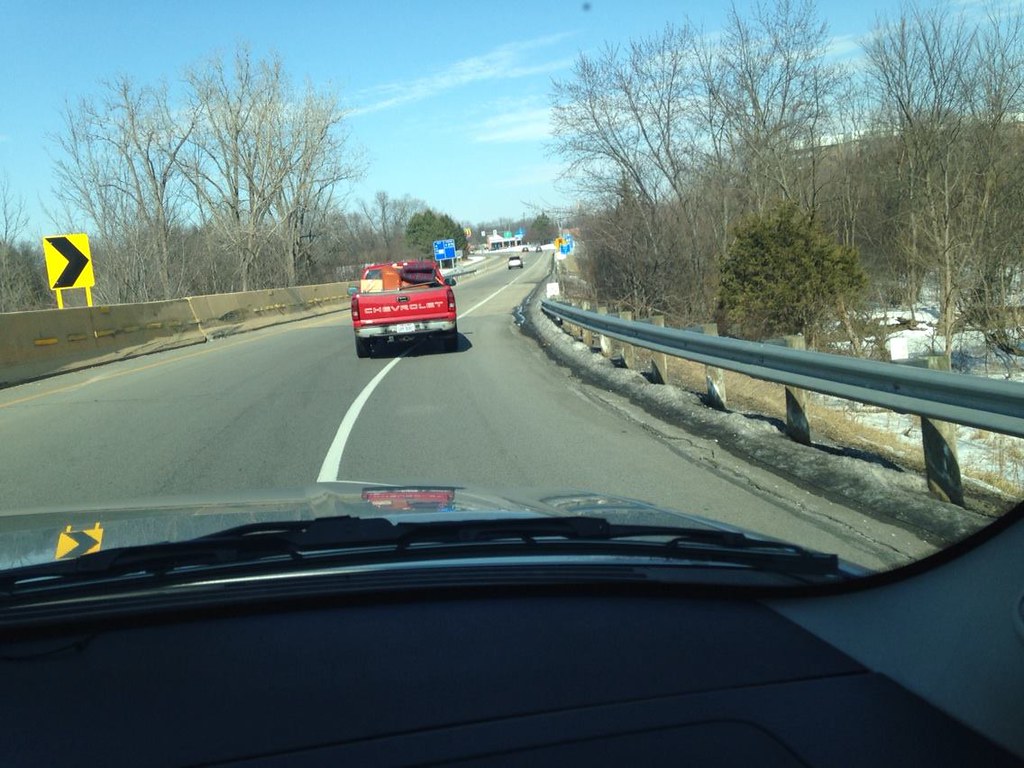 This past weekend we moved our oldest child out of the house and into his own apartment (that’s him in the red truck with all his worldly belongings!).  Knowing it would be tough, I thought I could keep above the emotional fray by busying myself.  There were many boxes to be moved, food to be bought, dinner to be prepped.  I was surprised at how well I was keeping it all together until it was time to leave. How is it possible that a mother, the one whom God chooses to nurture, love and care for her children, is supposed to let this child “go”?  I’ve spent so much time through the years holding tightly, right?  Hugs after hurts.  Tight hand-holding in busy public places so no one gets lost.  This was all so very contrary.

And yet, this is precisely how God planned it to be.  Obviously, I’m not the first one to do this and I won’t be the last (yes, mama of those “littles”…this will be you one day too…).  But, this isn’t just a human thing.  This is a “God thing”.  Our Heavenly Father also relinquished His son.  When Jesus came as God-in-human-form, His fellowship with the Father was different  than before yet they were still in union.  We read multiple times in the Word how Jesus spent diligent time in prayer with His Father.  Just as I hope my son returns to us for visits, Jesus returned frequently through prayer to the One He loved too.

This whole analogy falls apart, though, when God turned Himself away from His Son.  When our children leave our homes we don’t turn our backs on them.  We continue parenting them, but in a different manner.  When Christ sacrificially lay down His life by obeying His Father to the point of death, even the death of the cross, this was far more than physical torture.  In a few weeks it will be the end of this Lenten season and we will commemorate Christ’s crucifixion and resurrection.  Let’s not forget that Jesus took our very place on the cross.  When He died for His own, our sins were placed upon Him.

For He made Him who knew no sin to be sin for us, that we might become the righteousness of God in Him.

And it was during this precise time, when Jesus took our sins upon Himself, that He also bore the wrath of the holy Heavenly Father.

Now from the sixth hour until the ninth hour there was darkness over all the land.  And about the ninth hour Jesus cried out with a loud voice, saying, “Eli, Eli, lama sabachthani?” that is, “My God, My God, why have You forsaken Me?”…And Jesus cried out again with a loud voice, and yielded up His spirit.  Then, behold, the veil of the temple was torn in two from top to bottom; and the earth quaked and the rocks were split…

God had to turn His back on Jesus because He was bearing OUR sins and our holy God could only have wrath upon them.  He consumed them.  Jesus took our place so we would never be forsaken by God.  We are His and no one can snatch us out of His hand.

If you are in a season where you must give up a child, God is with you.  He will not leave you nor forsake you.  Thank You, Jesus!  As you deal with your earthly trial, turn your eyes to the One who endured complete sacrifice for you.

Do you know Jesus as your Lord?  Live fully for Him.  Have you held out and not followed Jesus or seen your need for Him before now?  Today is the day for salvation.  Call upon Him: