Trust in the God of the Ages 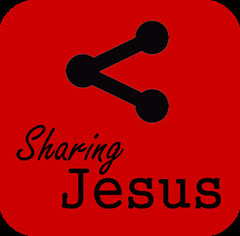 She must have woven her prayers right into that basket…tucking them through every warp and weft. Making sure the pitch fully coated every single crevice, every crack; going over it again and again. It would need to preserve a life.
Jochebed likely fed her baby boy one “last” time. Her son was three months old and no ordinary child, at that. If she did not walk by faith now, what hope did she have?

The Hebrew midwives  walked by faith too. Without faith, what hope did they have? Slaves in Egypt, their people were multiplying greatly. In order to keep their race weak, the king of Egypt ruthlessly ordered that the midwives kill the Hebrew baby boys upon delivery.

The midwives, however, feared God and did not do what the king of Egypt had told them to do; they let the boys live. (Exodus 1:17)

Generations later, another young woman walked by faith. She was handed some difficult news–difficult but amazing news. She would carry and deliver a child like no other: the one the world had been waiting for–the Promised Messiah.

He too was no ordinary child. The Host of heaven sang hallelujahs to God at his birth. Their numbers filled the sky and a band of shepherds witnessed it, telling men of earth that something very significant had happened in a barn that night.

There is a name which men have sought to snuff out through the ages: the name of Jesus!  The early Christian church knew this all too well. They were told:

But to stop this thing from spreading any further among the people, we must warn them to speak no longer to anyone in this name [Jesus].” Acts 4:17

Then they called [the apostles] in again and commanded them not to speak or teach at all in the name of Jesus. Acts 4:18

It should seem easy enough when asked not to speak a name in public to simply do so. But it wasn’t that easy. They had seen and heard and been a part of things that were true and life changing. In addition to that, Jesus commanded them to tell others. Peter and John spoke for the church when they said:

“Which is right in God’s eyes: to listen to you, or to Him? You be the judges! As for us, we cannot help speaking about what we have seen and heard.” Acts 4:19

If Christ has changed our lives and given us a purpose greater than ourselves, then may we  also walk in the same manner. How can we not speak what we have seen and heard of Christ? Would we rather be right in man’s eyes or God’s eyes?

It is easy to speak in ideal platitudes, isn’t it? After all, we are not facing the kind of persecution many of our brothers and sisters in Christ across the world are facing today.

But the word says that being faithful in the mundane, daily service he has called us to will lead to increased faithfulness when faced with the greater service he may call us to–service which may cost us something. We don’t need to go looking for trouble or stirring up undue controversy, but if the king’s edict asks you to break God’s law, what will you do? Whom will you serve? Hard questions and yet very plain in light of eternity. How I pray for faith to trust Him more and more!

The Christ-follower must walk by faith in this life. Like Jochebed, who carried her baby and preserved his life by faith. Like the Hebrew midwives who by faith, would not deny their maker–though the government demanded it. Like Mary who trusted God to bring her through that which he called her to. Faith in Jesus is a shield, a protection from the fiery darts of our enemy. It is our voucher for safe travels: maybe not always for the body, but always and surely for the soul!

I just want to close with this strong quote from JC Ryle’s Holiness regarding those who trust in the God of the Ages:

Let us mark how these gallant soldiers of Christ stood firm against a host of adversaries and were ready to die for their principles. What battles they fought! What controversies they maintained! What contradiction they endured! What tenacity of purpose they exhibited against a world in arms! And then let us remember that believing in an unseen Jesus was the secret of their strength. They OVERCAME by faith!

May we continue to speak the name of Jesus, tell our story, and trust in the God of all Ages as we shine His light in darkness.